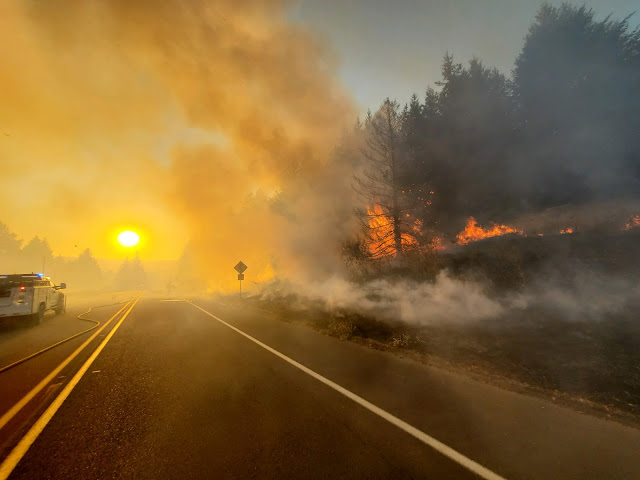 At about 6:00 PM on Friday, September 9, 2022 two different fire starts were reported on the north side of Hagg Lake in Washington County.  The two fires were quickly suppressed due to the aggressive and quick response from multiple agencies including the Oregon Department of Forestry, Gaston Fire, Hillsboro Fire, Forest Grove Fire, Yamhill Fire, Tualatin Valley Fire & Rescue and the Washington County Sheriff's Office.

The total combined area burned by the two fires was approximately 8 acres.  As of Saturday, September 10, 2022 at 1:00 PM, both fires are cold and contained with fire line.  They will be in patrol status until further notice.  The cause of each fire remains under investigation.

Thanks to all involved for the tremendous and timely action that kept these fires small despite extremely dangerous fuels and weather conditions. 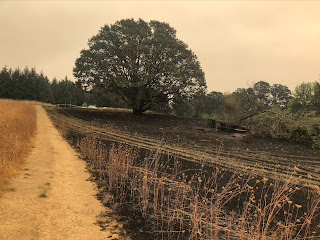 The fire scar surrounds an oak adjacent to the Twin Oaks Trail and parking area. 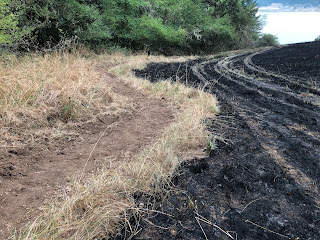 Fire trail also known as fire line runs around the perimeter of the fire area.